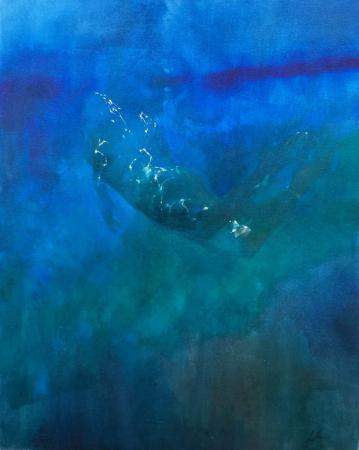 The dramatic luminescence of Bill Bate’s other-worldly figures are evocative, atmospheric and mesmerising.  From the depths of the ocean to celestial heights, the rich pigmentation of this work is complemented perfectly by the gentle figures, whose forms become one with their surroundings.

Born in Liverpool in 1962, Bill went on to study Fine Art at the Central School of Art & Design – now known as Central Saint Martins.

He says – “I have always been inspired by the human figure and the effect light has upon it. I have used various ways of portraying the body such as dance, swimming and also boxing but it is the body itself that interests me rather than the activities in particular. It is the physicality of the form and the beauty of the athletic figure that makes me want to paint.  I usually have an idea of how I want the painting to look but in some pieces the original idea moves into something else and I leave some of the older workings, the initial sketches and drawing, the “structure” as I love to leave that ‘energy’ visible.” 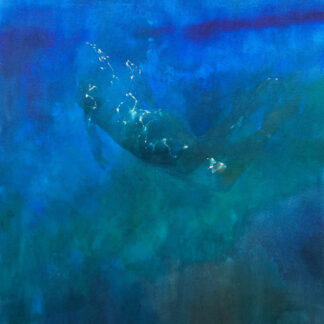 You're viewing: Bill Bate – Clear Blue £2,500.00
Add to basket
We use cookies on our website to give you the most relevant experience by remembering your preferences and repeat visits. By clicking “Accept All”, you consent to the use of ALL the cookies. However, you may visit "Cookie Settings" to provide a controlled consent.
Cookie SettingsAccept All
Manage consent