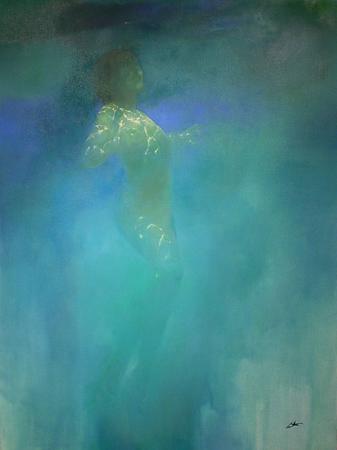 His work focuses on the human form. By the use of dramatic light his atmospheric works are emotional responses to the body in movement, at rest, and the body observed.

“I want the paint to have a life of its own and so leave its application quite loose at times. I endeavour to escape the confines that realism can impose, leaving more expression and less constraint.”

Bill Bate has always been inspired by the human figure and the effect that light has upon it.

He has utilised a number of ways to portray the body. These include dance, swimming and boxing.

It is in the body itself though that he has the most interest. The physicality of the human form and the beauty of the athletic figure are therefore the main inspiration for his paintings.

Bill starts each work with a good idea of what he wishes to convey. In some pieces though, the original idea can evolve into something new. At times, he leaves initial sketches and drawing exposed, as these reveal the inspiration and energy behind the work.

By using combinations of light quality and shadow with rich, contrasting colour, Bill appeals to the emotional senses of the viewer. In addition to representing a level of realism, he also feels more comfortable working with more abstract methods and the freedom that this brings.

Bill uses life drawing and other images of the human form in order to provide further inspiration for his figure painting.

As part of his studies he has researched a number of artists, which have been an influence to him. 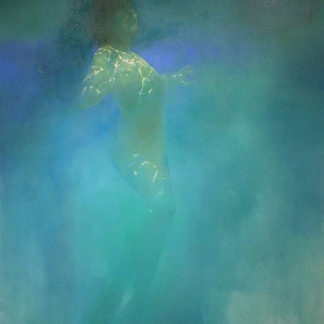 You're viewing: Bill Bate, Azure Dancer £2,500.00
Add to basket
We use cookies on our website to give you the most relevant experience by remembering your preferences and repeat visits. By clicking “Accept All”, you consent to the use of ALL the cookies. However, you may visit "Cookie Settings" to provide a controlled consent.
Cookie SettingsAccept All
Manage consent