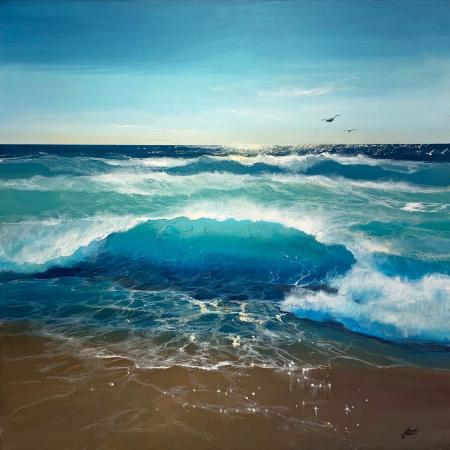 Howard Birchmore began drawing at age three, started painting with oils when twelve years old and completed his first official commission when only fifteen.
After studying illustration a career followed in graphic design and advertising notably at British Rail in London, he continued producing scenic pictures for his own interest.
He has had several one-man exhibitions and has had work published in greetings cards and calendars. Among his clients have been London City Airport, The Henley Standard, Reading Borough Council, Wycombe District Council and many local businesses.
Like many people, Howard has spent years intensely studying various aspect of art until he feels he’s grasped a deeper understanding of them. But the one thing he never stops working on is drawing. By studying draftsmanship all the time-(it takes a lifetime to learn) and practicing from a live model you get to understand the light and shadow and the edges. This is knowledge you can apply to any subject you’re painting.