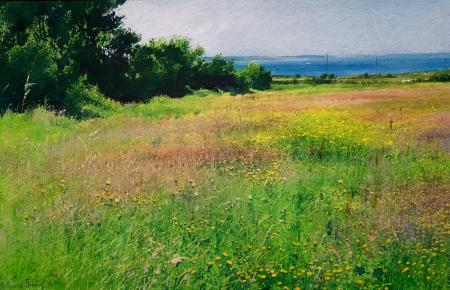 Come Summer in the Meadows

Born in Torquay, England 1952, Richard’s art began with drawing. His love of the countryside and the sea drew him to sketch and paint nature in an around his close environment.
Since those early days, his paintings have been exhibited around England, Europe and America.
The Artist is principally self-taught apart from his schooling and a spell at Art college after leaving school.
His work has been exhibited and bought by collectors throughout England.
He has won two awards at the Royal Institute (for painters in watercolour) at the Mall Galleries in London – 2016/17 and his book – Down an English lane – was published in 2016.
The artists work depicts the moods and flavours of the countryside – ‘I like to paint the soul of the scene I’m working on, depicting the essence of that which is before me’. 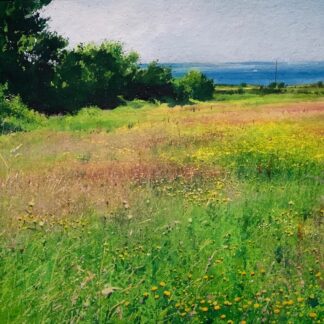