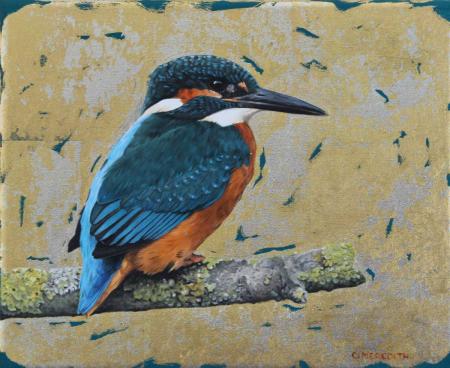 Working in oils in a traditional representative style and also incorporating precious metal leaf into some of my more decorative pieces, developing my own unique approach to mixed media works. My goal in creating these pieces is to isolate the subject from its natural environment, presenting it instead in a contemporary style with a nod to age-old techniques and styles. Focusing on the beauty and complexity of feather form or butterfly wings against a highly decorative background of distressed precious metal leaf and colour.